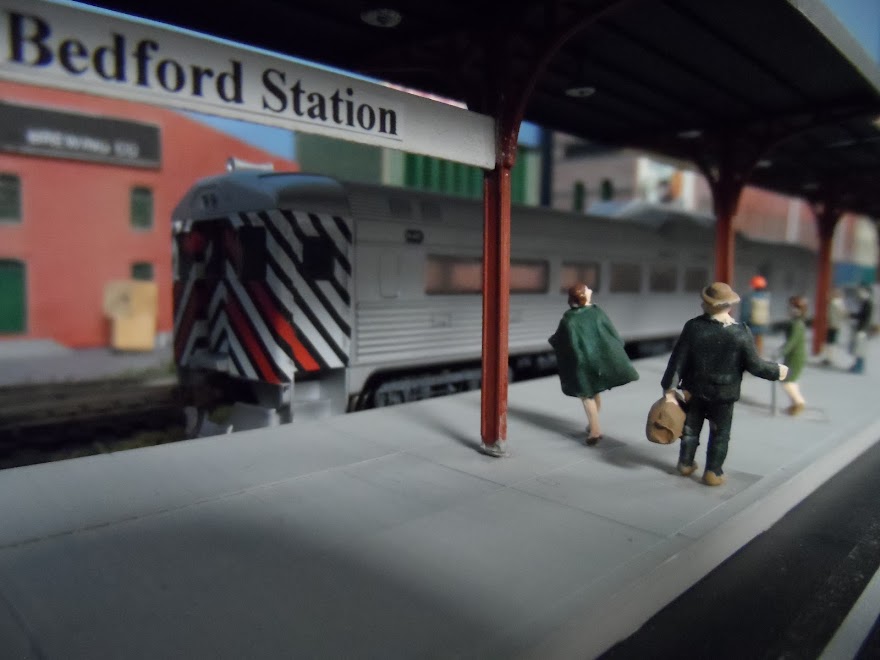 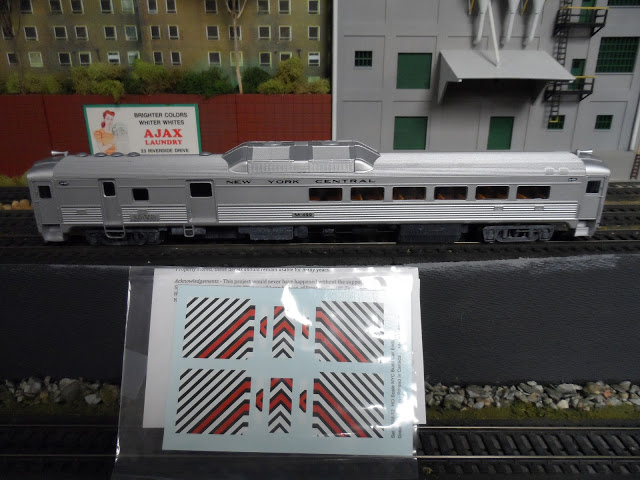 The New York Central's Budd rail diesel cars were delivered without the distinctive safety striping as seen below. After RDC M-498 was destroyed in a grade crossing accident in 1960 the railroad applied the zebra end striping to improve the cars' visibility. 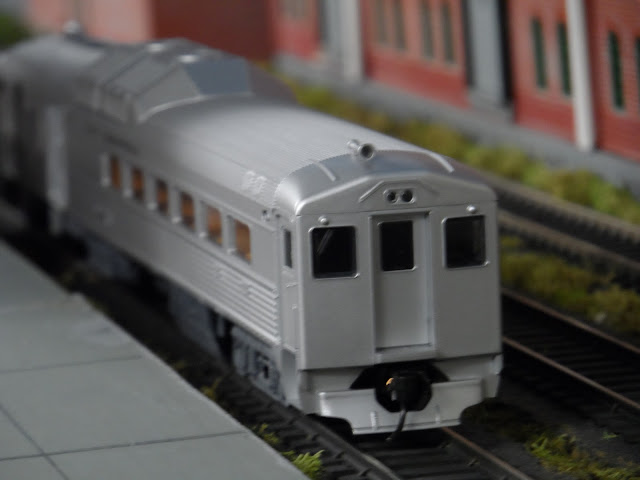 The passenger end of project NYC RDC-3 # M-499. Don't think for a minute that I didn't breathe a sigh of relief when I saw this car's number was M-499 and not the aforementioned M-498!

The baggage, RPO end of the car. It looks very bland in the pre 1960 scheme. When I was notified thru the Penn Central Modelers Group that the zebra stripe decals were available I ordered them at once. 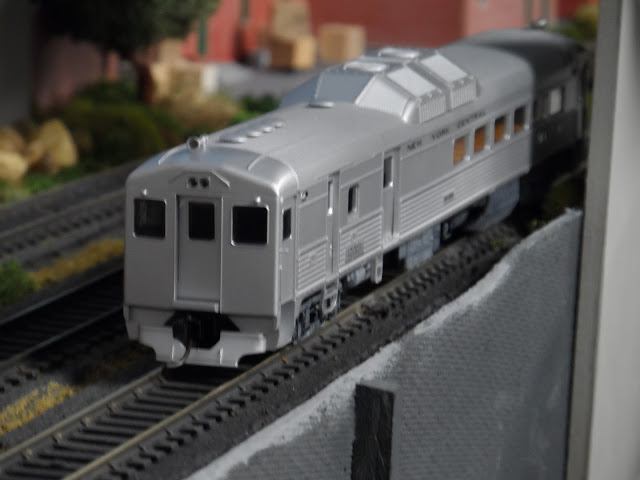 Step one of the project is to have a reference photograph handy to refer to when the decals start being applied. Step two was to dismantle the car and remove the windows according to the decal instructions. The decal set is made for an Athearn model so there are construction differences with my my P-1000 model. The P-1000's front door, steps and cow catcher are separate pieces and I've removed them to ease the decal applications. 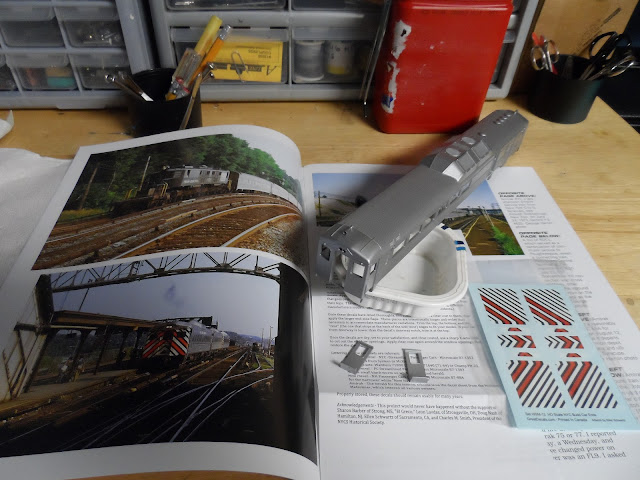 I started with the doors first, marking their height on the rear of the decal. I then cut these to fit with with my decal scissors. That small strip will be applied to the silver part of the frame above the door. 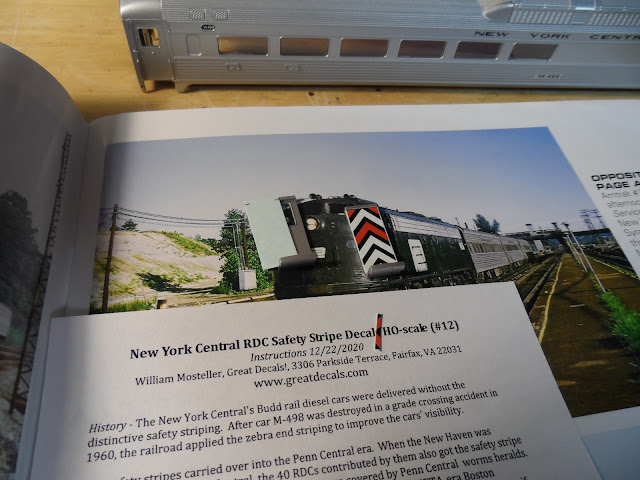 The doors and one end of the car have their decals applied. There will be much Solvaset used for this project that's for sure! 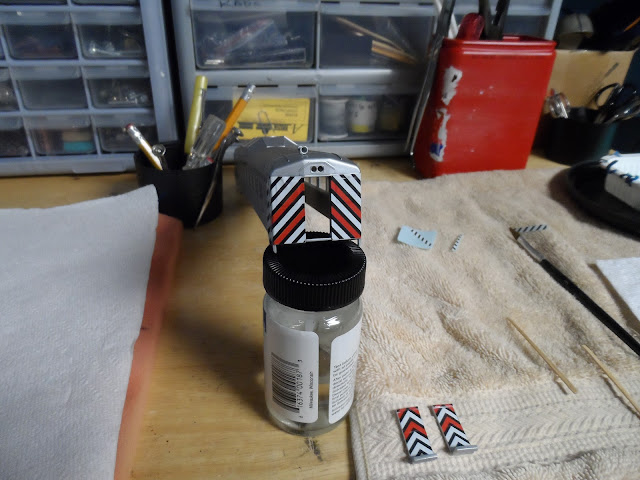 The decal applications are now completed. The car is in the Solvaset Phase of the project. 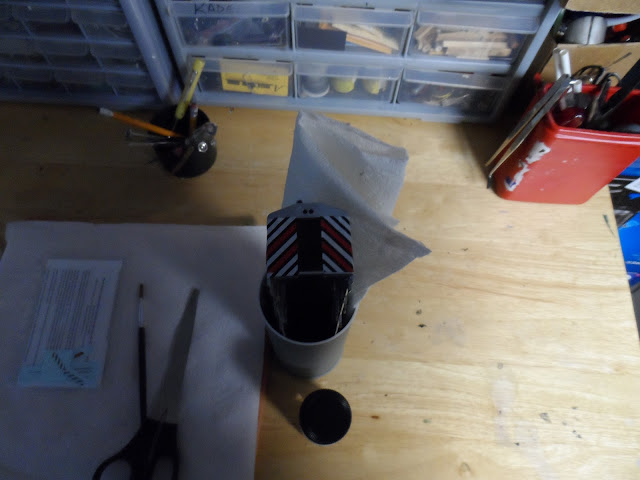 After about two weeks the decals were about as set as they were going to get so I took the car outside and sprayed the decals with Testor's Dullcote.
The next day the RDC was on the worktable ready for the windows to be cut. A new Exacto #11 blade was used and the cutting went well. The directions call for another clear coat to protect and seal the decals edges.
The Dullcote left the model with a frosted finish so to correct this I brushed two thin coats of Floquil Flat Finish over the entire model including the decals. 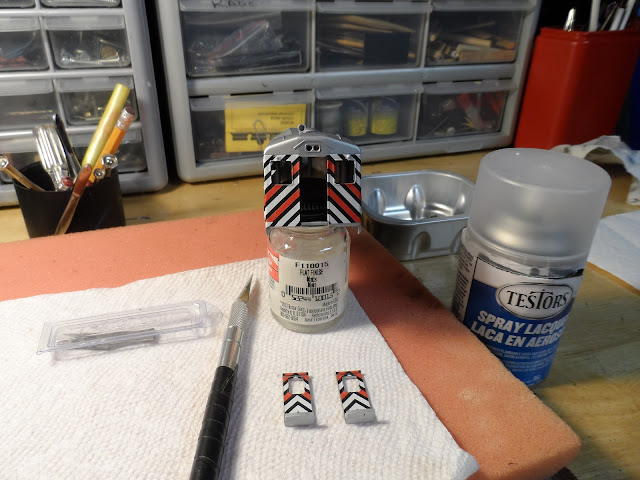 The RDC-3 is back together and making it's maiden voyage to Empire City Station. 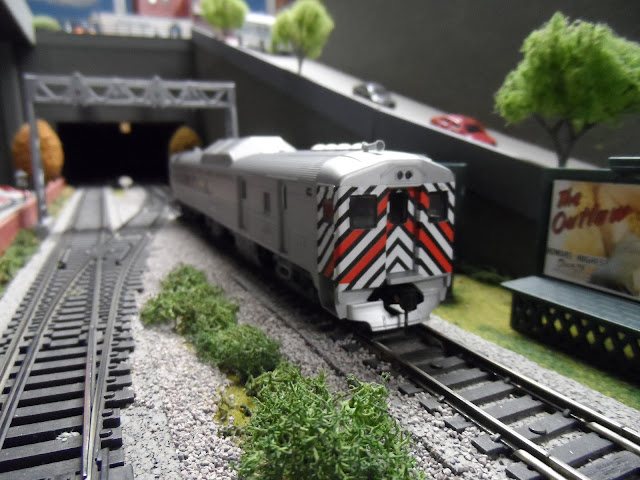 The RA Towerman checks out the passenger end of the RDC-3. 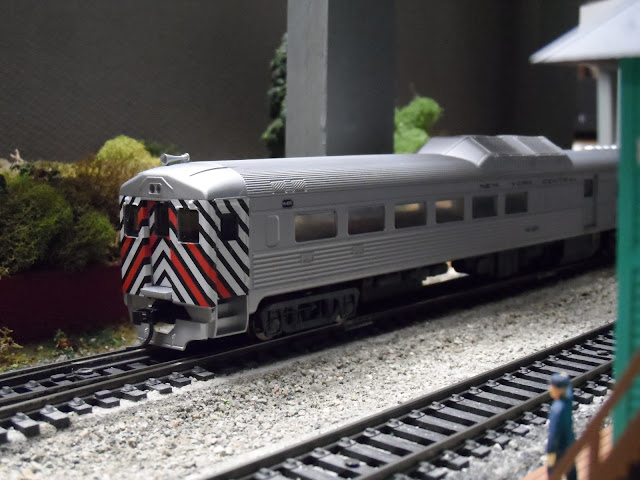 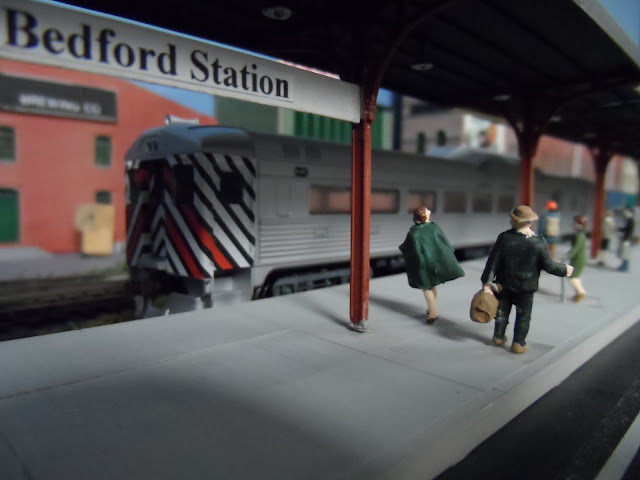 Not too bad!!! No doubt you can see this thing coming. 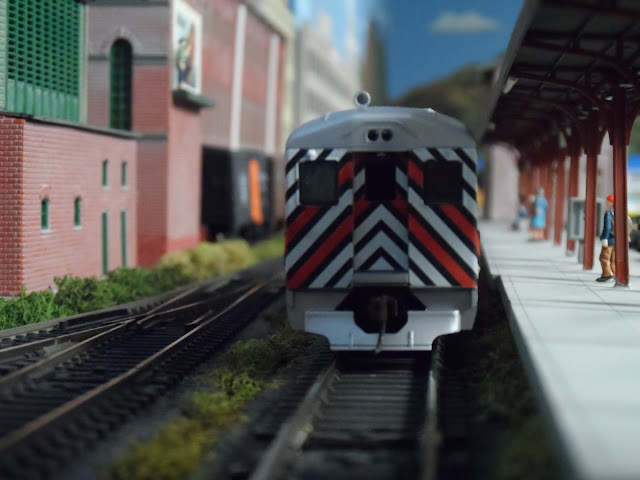 A short chase around the layout
This was a project that required patience grasshopper to allow the decal setting solution to do it's work. The patience is well rewarded as this model is now a good representative of one of the iconic NYC RDC units.
For more reading on the Budd RDCs click here.
Thank you for reading!!!
See ya Soon!!
Posted by John R. at 9:20 AM